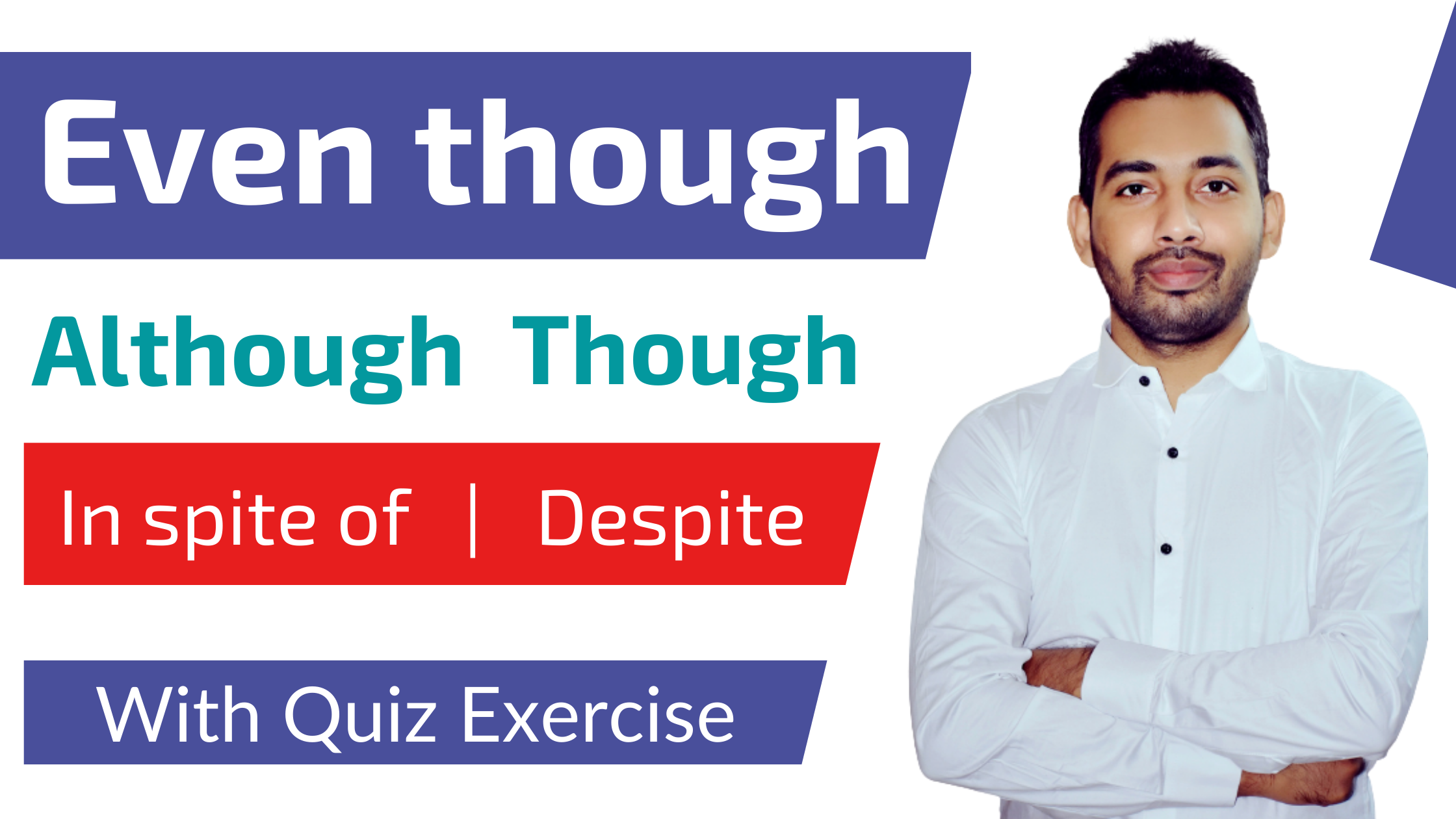 There are a number of confusing words in English. However, ‘in spite of’, ‘despite’, ‘even though’, ‘although’ and ‘though’ are most confusing for many English learners. For this reason, we are going to focus on these important words and will be learning them in this lesson straight away. Kindly test your knowledge by taking a test at the end of this article to improve your English Vocabulary.

Above, the first part of the sentence (Underlined words) contrasts with the second part (in bold letters) as students are not allowed to use their phones, however, they do.

2. He can speak English fluently, even though he did not join any speaking class.

As you can see the second fact (in Italic letters) of the sentence makes the first fact (In bold letters) surprising.

In example 1 the word ‘despite’ has been used at the beginning of the sentence while the word ‘even though‘ appears in the middle. So, it is obvious that they can be seen anywhere in the sentence.

In spite of / despite

After in spite of and despite, we use a noun, gerund (-ing form of a verb) or a pronoun.

In spite of the pain in his leg, he completed the marathon.

Above, the word pain is a noun, and it has been used after in spite of in the sentence.

Despite having a headache, I had a great birthday.

The bold word in above example is a gerund.

The never made much money, in spite of their success.

In the example above, the underlined word is a pronoun.

In spite of the fact that he worked very hard, he did not pass the exam.

Despite the fact that people donated millions of rupees in PM Care Fund, the government failed to provide vaccine on time,.

A subject and a verb is used after ‘although’ and “even though.” Even though is slightly stronger and more emphatic than although.

He was not selected in the interview, even though he had all the necessary qualifications. (He= subject, had = verb)

She arrived after me at the hospital, although she got on the bus before me. (She = subject, got = verb)

Though is used in the same was as although.

Though I was not keen on the film, I thought the music was beautiful.