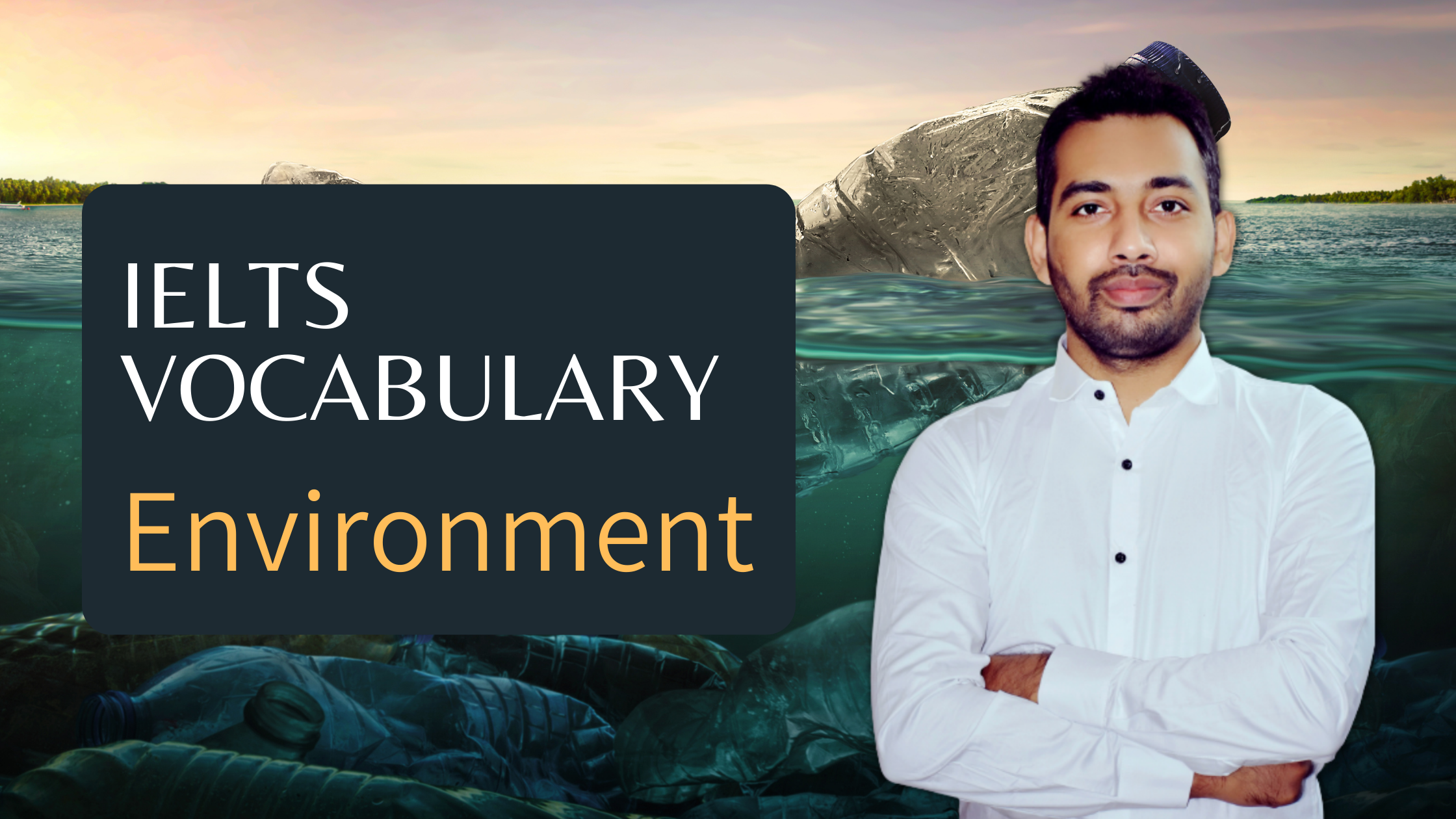 Each expression in this post has been shown with meaning and an example. This blog post on “IELTS Environment Vocabulary” contains a total of 28 useful expressions for speaking and aims to help IELTS students, ESL learners, and teachers improve their English.

Meaning: the cleanliness of the air we breathe

3. to be under threat

to be in danger of becoming extinct

the change in worldwide weather patterns

same meaning as “to become extinct”

categories of animals or plants that are in danger of extinct

behaviour and products that do not the environment

the toxic gases given off by vehicles powerful by petrol

the people who live after us

to live a life that is closer to nature

the manufacturer of heavy articles and materials in large numbers

the act of showing support to people struggling to survive

an event such as an earthquake, flood or hurricane which causes widespread damage or loss of life

the world of nature

the amount of toxic waste

to protect animals and plants and their habitats