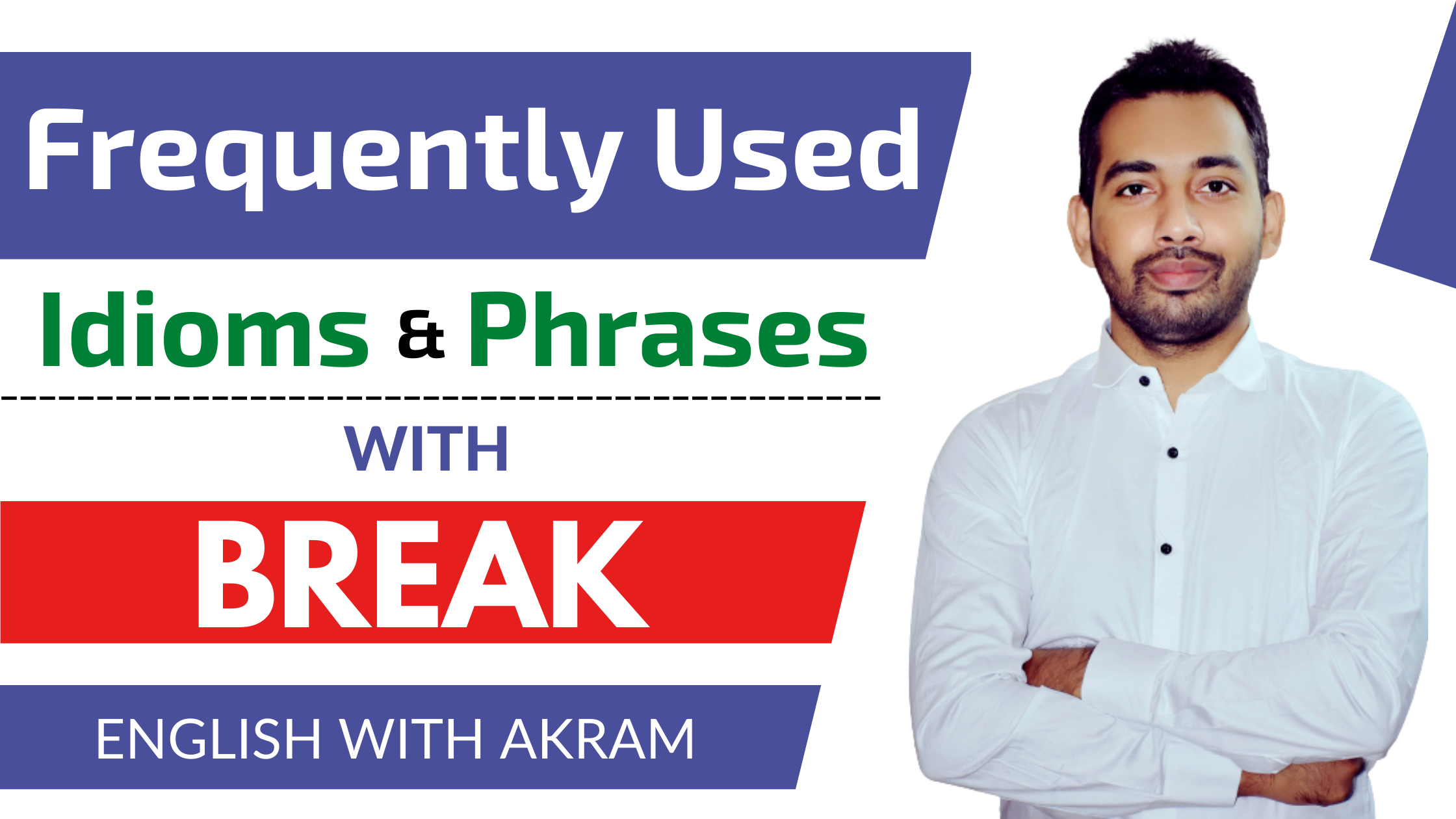 There are a number of expressions in the English language which are crucial in speaking and writing. Today in this lesson, we are going to see some frequently used Idioms and phrases with the verb ‘break.’

If you break cover, you leave a place where you been hiding or sheltering from attack, usually in order to run to another place.

Example: After being ambushed, the soldiers had to quickly break cover and look for a safer place.

If you break a fall. you lessen the force of a fall.

If you break down, you commence an undertaking.

to break the heart means to afflict grievously, to cause to suffer seriously from grief.

to break the ice means to start conversation. The phrase also means to get over the feeling of restraint which one may have in the presence of new acquaintance.

6. break the news to a person

to break the news to a person means to communicate news quite unexpectedly to him in such a way as to diminish the shock:

He broke the news to his wife as gently as he could that he lost all his money to due to the failure of the bank.

to break the back of a job is to have disposed of the main part of the task assigned to him.

broken health means impaired health or not in good health.