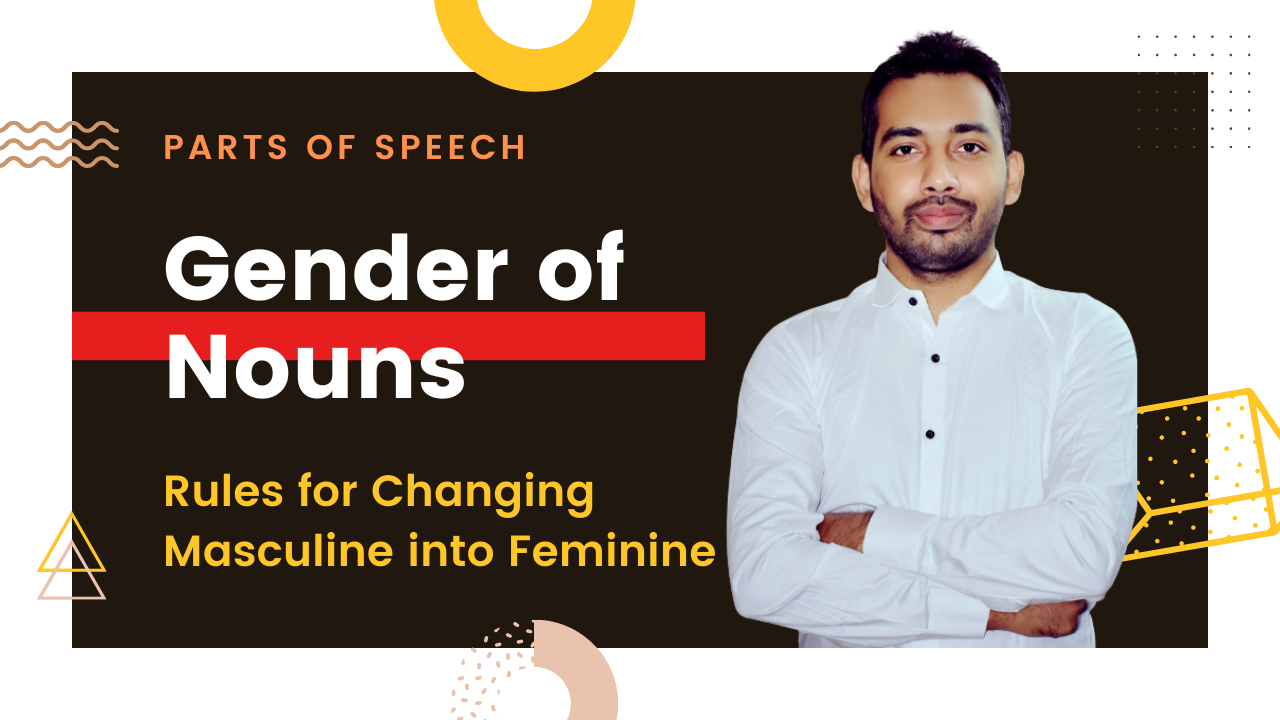 Definition of Gender: The division of nouns into different classes is called gender.

Gender has been divided into four classes as follow:

Let’s discuss them all one by one with definitions and examples:

A noun that denotes a male person or animal is called the masculine gender.

A noun that denotes a female person or animal is called the feminine gender.

A noun that can denote both male and female gender is called a common gender.

A noun that denotes a thing that is neither male nor female is called a neuter gender.

In some cases, adding ‘ess’ in a masculine noun to make a feminine noun.

In some cases, removing the last vowel and the consonant before it in a masculine noun makes a feminine noun.

A masculine noun can be changed into a feminine noun by making some changes in the words.

By making a change in the first or second word of the compound masculine noun.

There is no rule to change a masculine noun into a feminine noun for foreign and miscellaneous words.