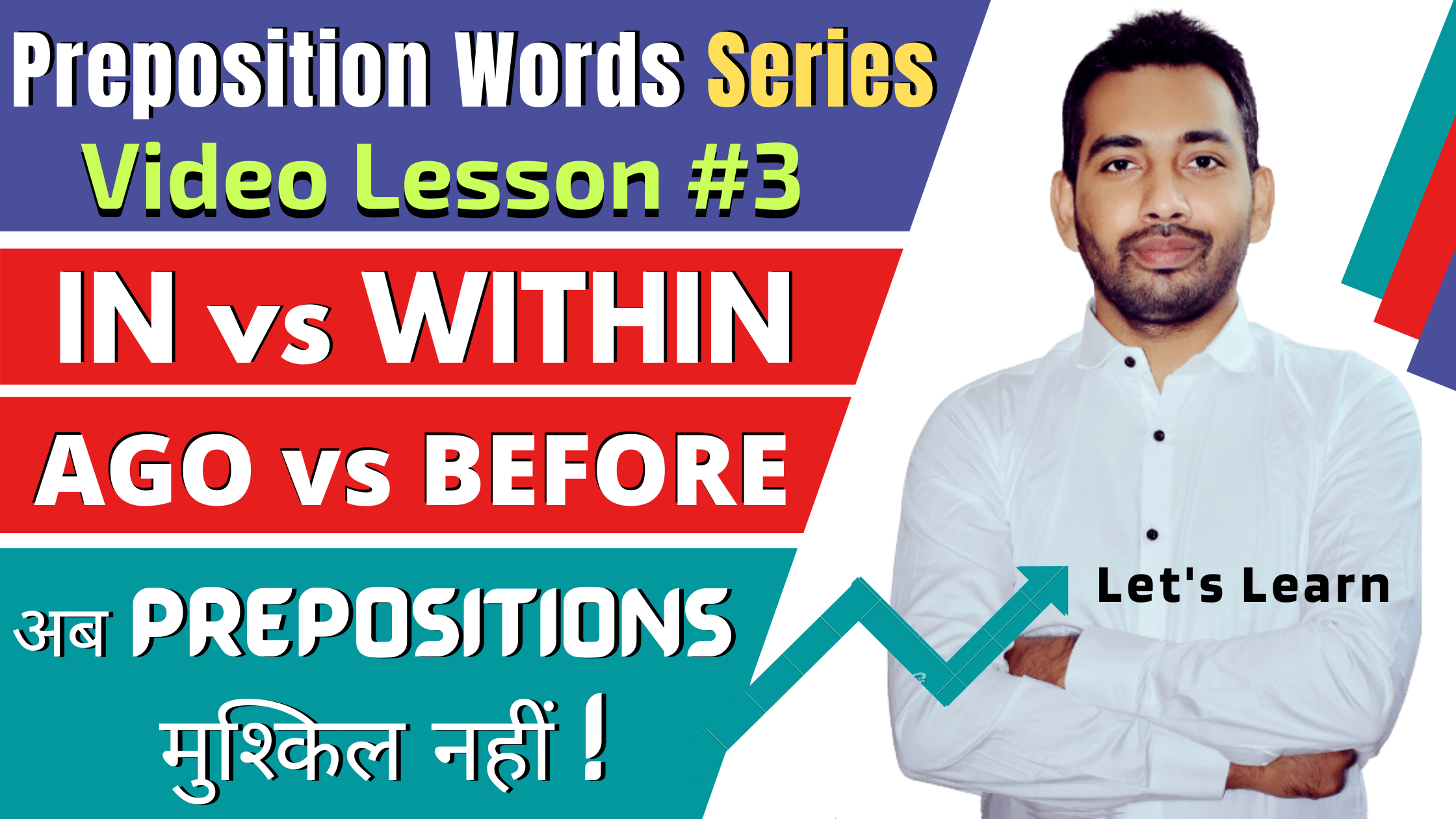 A set of preposition words i.e, similar meaning words are often confusing for many English learners. For example, the Prepositions ago and before, and the other in and within can be challenging for students to understand. This is why I have published this post so that this article can help them learn the important differences between the given words.

Difference between In and Within

To learn the difference between in and within, read the given notes:

(2). ‘In’ is used for an endpoint of a given time. It refers to the time that has to be taken for work to complete.

(3). ‘within’ is used to show the time limit. It is used when there is a probability of completion of the work before the time.

1. She will complete the work in two months.

2. I can repair the watch within two minutes.

3. They will do this work in two days.

4. He can solve this problem within a week.

Difference Between Ago and Before

To know the difference between ago and before, see the given examples:

A. They came one hour ago.

B. She did it a minute ago.

C. The train had left before I reached the station.

D. She had got married before he proposed to her.

Note:
In the above examples, the first two are telling about the events of the past, while the other two give reference to the events or work. Hence, there comes a point that ‘ago’ is used for past events; while ‘before’ is used for the reference of an event or work. Also, ‘ago’ can only be used in the past tense; however, we can use ‘before’ in the future tense as well.

Learn More lessons on the topic “Preposition Words” by clicking/tapping on the texts below.

Prepositions of Place and Time

A Useful Book for English learners containing 57 pages at just 11/-.

Want to learn more lessons in similar meaning words with videos? Watch videos on a daily basis on the official channel of English Period

Preposition Words with Irritated : at,’ and ‘against’