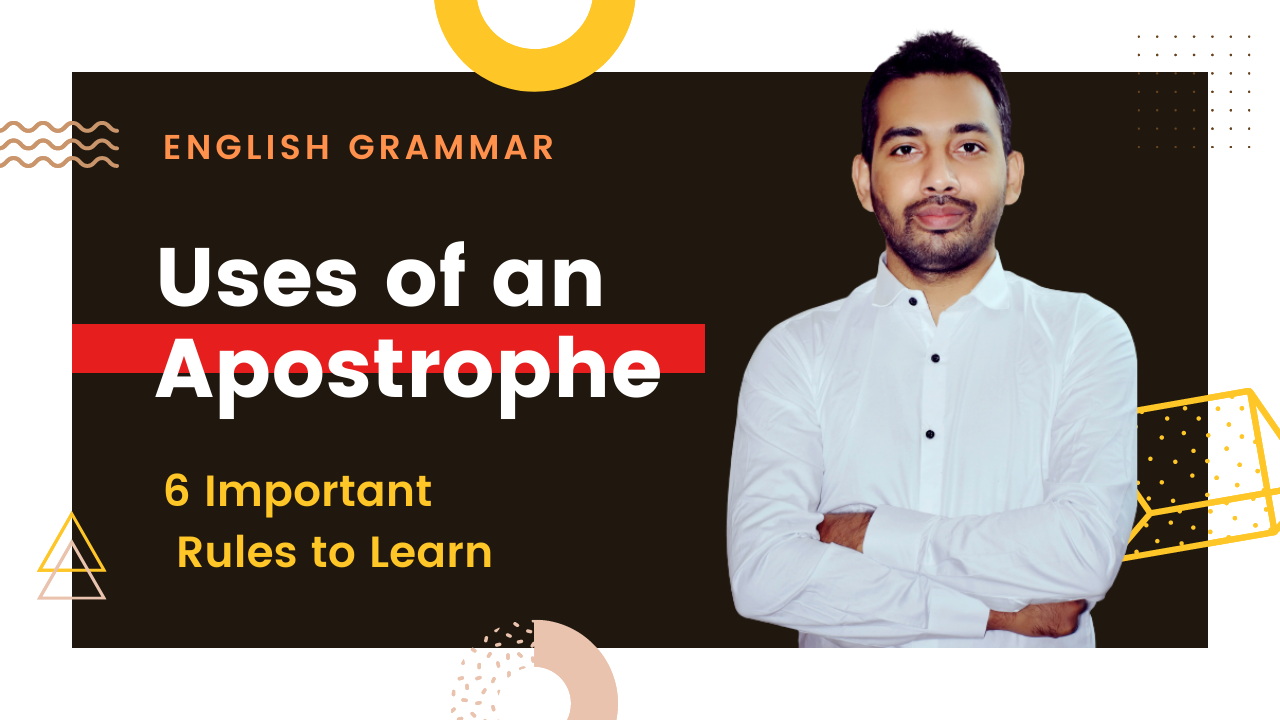 There are uses of an apostrophe at different places in the English language. Let’s see them all one by one.

(A) Apostrophe is used for possessive cases in the following situations:

You can avoid using an apostrophe in other cases.

Note: We do not use ‘s’ with the hissing sound of s.

More Uses of an Apostrophe

(C) We do not use an apostrophe with words like his, hers, yours, its, theirs.

(D) We use an apostrophe with the last words of the following titles:

Note: If we have to use else after them, the apostrophe is used after else.

It would be wrong to write Somebody’s else or Nobody’s else in the above sentences.