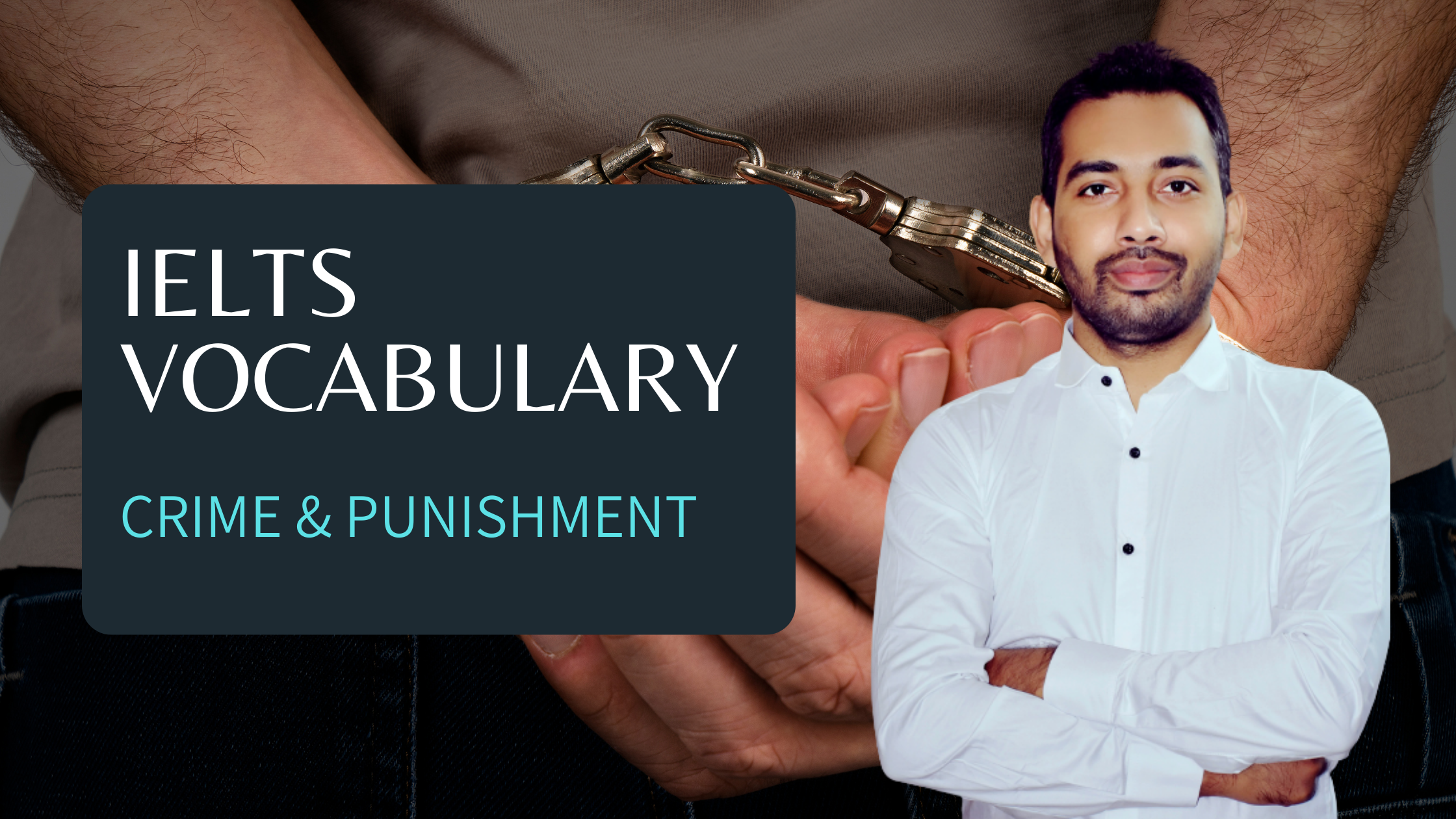 Each expression in this post has been shown with meaning and an example. This blog post on “IELTS Vocabulary Crime and punishment” aims to help IELTS students, ESL learners, and teachers improve their English.

Meaning: to kill somebody

Police entered the building to investigate the murder that happened last night.

to attack somebody physically

The Republic TV chief Arnab Goswami was assaulted by police at his apartment.

if you deliberately start a fire, it’s an arson

His shop was fully burnt as the local goons set an arson yesterday.

If you illegally enter a building and steal things, it’s a burglary

The police investigated the burglary that took place at the Jascon Plaza the previous Monday.

a robbery takes place when someone (a robber) enters a property that is not his/hers and takes something (cash, paintings, jewelry, and other items)

People of this market are so upset seeing so many robberies lately.

A sudden break-in of the criminals was recorded in the CCTV camera, and it shows they looted the whole items in the shop.

This is where an individual is attacked in the street and robbed of the possessions he is carrying. These usually consist of jewelry like rings and watches, cash, credit cards, and mobile phones

Mugging cases in the capital have increased in the last two years. The government needs to install CCTV at every nook and corner of the town to stop such crimes.

the action of stealing from a person’s pockets

Women should be aware of their goods while traveling as pickpocketing can occur anytime in public buses.

David has been blackmailing Teena using a recording of her MMS for almost 6 months.

A victim of a crime is defined as a person who has suffered physical or emotional harm, property damage, or economic loss as a result of a crime

A victim’s testimony is a very important part of the prosecutor’s case against the accused.

The jury found the prisoner guilty.

the release of an offender from detention, subject to a period of good behavior under supervision

a person who commits an illegal act

The young offender had to be remanded in custody for ten days.

the attaching of electronic markers to people or goods for monitoring purposes, e.g. to track offenders under house arrest or to deter shoplifters

The electronic tagging of remand prisoners has seen a sharp rise.