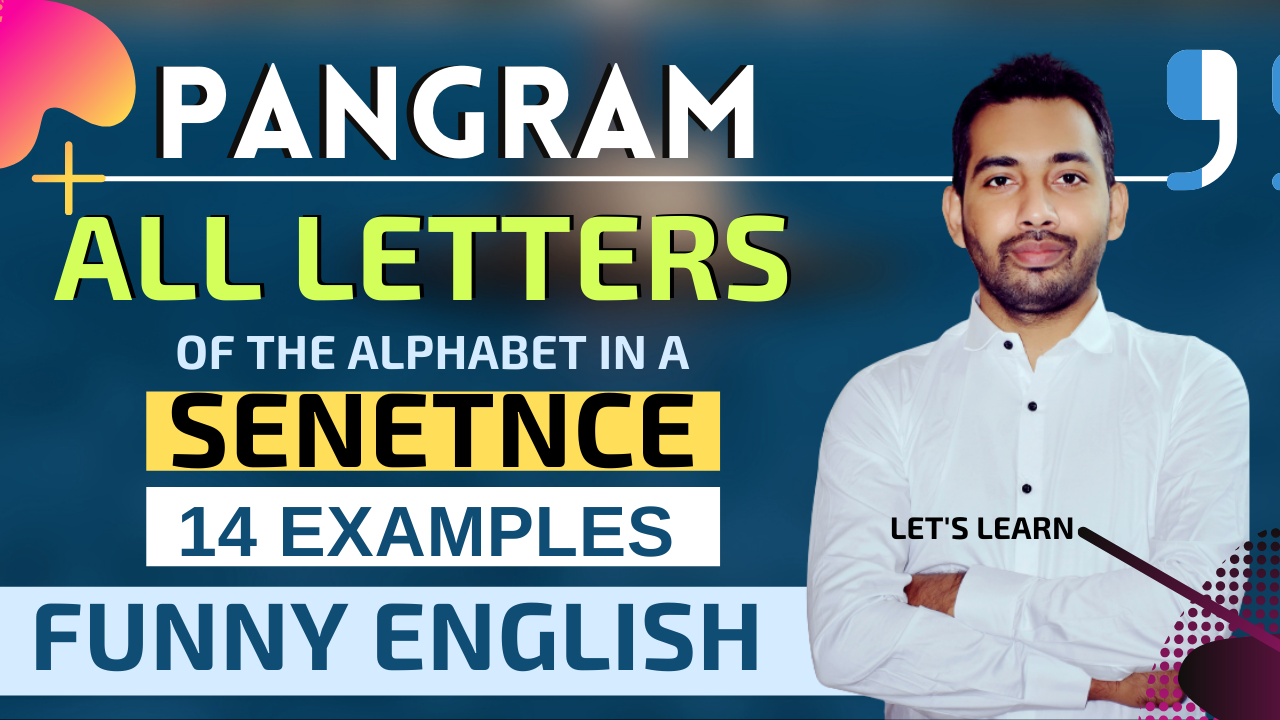 A pangram is a sentence that contains all letters of the alphabet. Such sentences are also called holalphabetic sentences. Constructing a sentence that includes the fewest repeat letters possible is a challenging task.

By far the most well-known pangram is,

“The quick brown fox jumps over the lazy dog.”

This sentence is generally used to test out new typewriters, presumably because it includes every letter of the alphabet.

A number of pangrams are given below:

1. No kidding-Lorenzo called off his trip to visit Mexico city just because  they told him the conquistadores were extinct. (99 letters)

3. The public was amazed to view the quickness and dexterity of the juggler. (60 letters)

4. We quickly seized the black axle and just saved it from going past him. (57 letters)

6. A mad boxer shot a quick, gloved jab to the jaw of his dizzy opponent. (54 letters)

Prepositional Phrases with BY