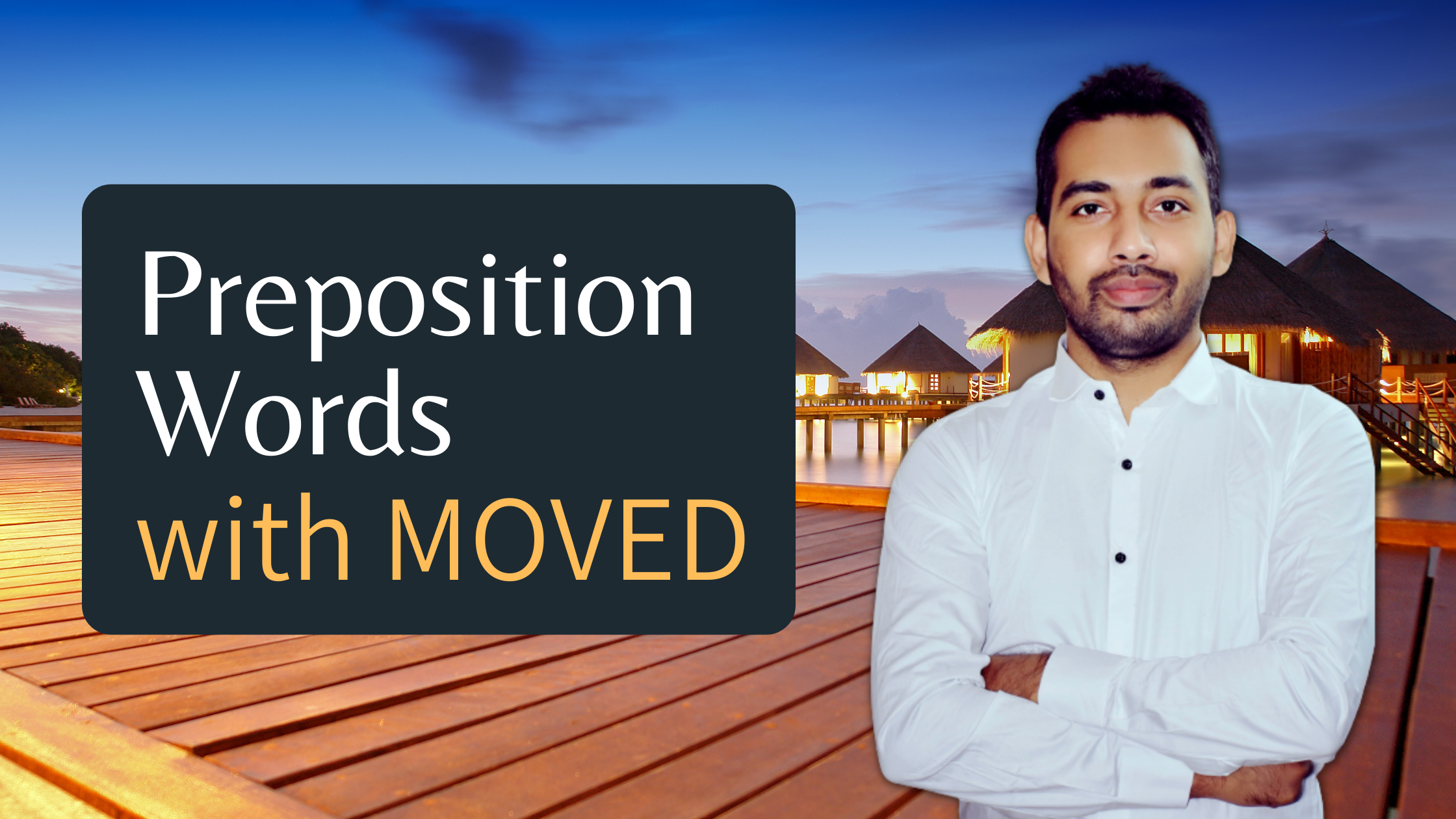 There are a number of preposition words that change the meaning of a phrase when used with a particular word. For example, you can use MOVED with different prepositions, and you will get a different meaning every time. You can see the examples below:

Moved with is used before a sorrow.

Example: He was actually moved with a feeling of sorrow.

‘Moved to’ is used with tears

Example: On hearing the news of the sudden death of his wife, all moved to tears.

Example: You can’t move me from my decision with your logic.

Moved at (a scene)

Example: He was greatly moved at the sight of her mother’s dead body.

See and swipe the given post to see more clearly.