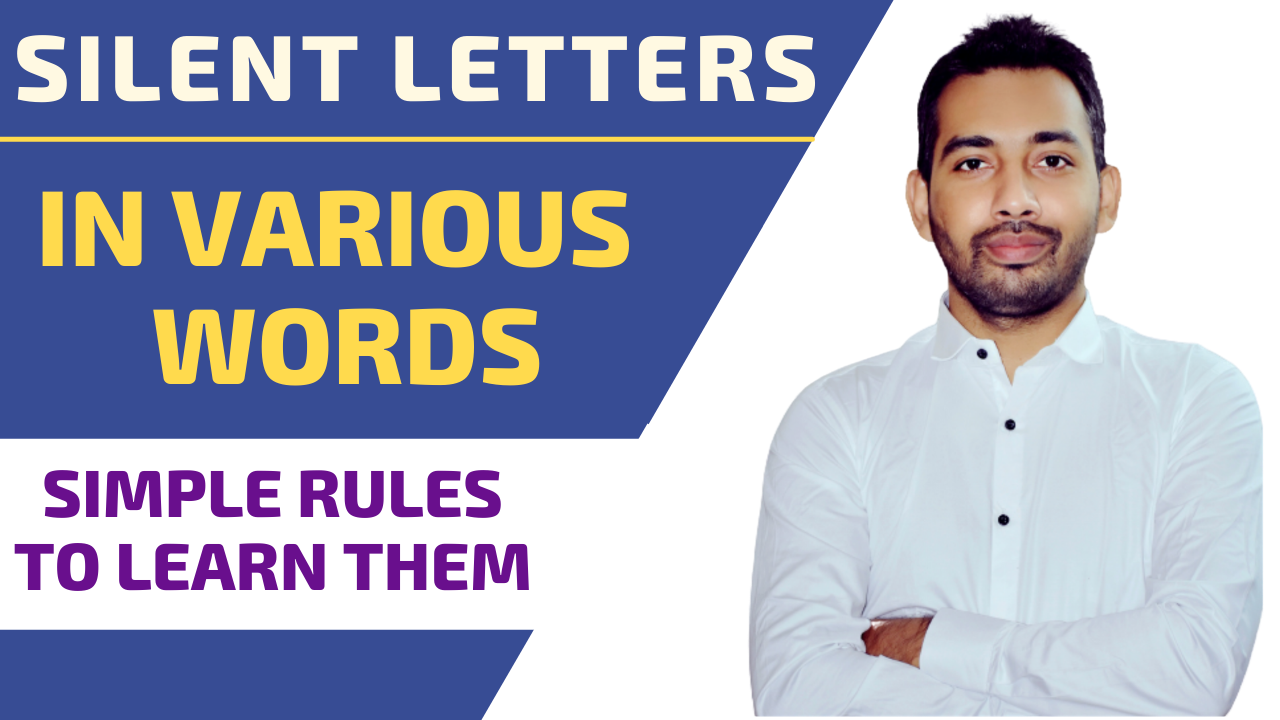 There are some silent letters words in the English language. Because it’s a foreign language, they become a problem for many learners. Taking the convenience of the students into consideration, a number of words have been introduced here. You have to get command of such words through continuous study and practice. These will help you improve your English speaking.

Generally, when ‘b‘ comes after ‘m‘ or before ‘t‘ in any word, it is not pronounced.

When ‘d‘ comes before ‘g‘ in any word, it is often silent.

It is often silent in the words having ‘n‘ after it.

Note: If there is a vowel after ‘n‘, ‘g’ will be pronounced.

There are a number of words in the English language in which ‘g‘ and ‘h‘ together i.e, ‘gh‘ is silent. In simple words, if there are ‘gh‘ and ‘ght‘ at the end of a word, ‘gh‘ is silent.

Generally. ‘l‘ is not pronounced if it comes before m, f, k or d in any word.

If ‘n‘ comes before ‘m‘ in any word, it is not pronounced.

‘T‘ is often silent in the words ending in ‘ten.’

If ‘w‘ follows ‘r‘ in any word, we don’t generally pronounce it.

Now, it’s your turn to write what you know in the comments.

You can read many useful posts like this by clicking or tapping on VOCABULARY.

I am an experienced Digital Marketer and English Language Trainer. Currently, I am guiding students who are preparing for IELTS General Training and Academic exams through englishperiod.com. With a 7.5 score myself, I train and provide test takers with strategies, tips and nuances on how to crack the IELTS exam. Besides, I’m helping English learners across the web through the same platform. In addition, I’ve been assisting digital marketing aspirants with the help of my another official website akramkhan.xyz. I hold degrees in Bachelor of Commerce – Management and Commerce, and Certifications in Advanced Digital Marketing. I’ve been teaching English and digital marketing for the last 4 years.